Our Op-Ed in Management Today: Real leaders need to lose the ego 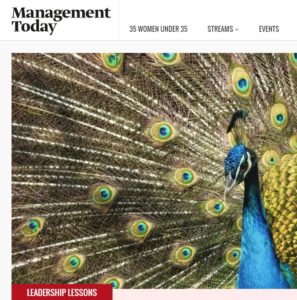 “The biggest shortage in the world is not oil or food. It’s leadership without ego.” So said Bob Davids, who has successfully led six companies in diverse industries for 40 years, including a leading high-tech toymaker Radica and world-famous winery Sea Smoke Cellars.

Of course, if a CEO has a big ego, if they think they are the smartest person on the block and show it permanently, they won’t earn devotion — in other words, engagement. However, ego is not only the CEO’s behaviour. It’s also embodied in organisational structure and practices. The bigger the ego and the steeper the hierarchy, the more controlling the organisational procedures and motivational — carrots and sticks — practices.

The power of any country or organisation resides with its people.  When people see that their leader respects them and uses the power they granted him or her for their good, they give the leader even more power. They show loyalty and engage. But when they see their leader hoarding the power they granted, acting with contempt, they begin to withhold that power. They stop following the leader and start resisting his or her measures. Ultimately, they may pull the CEO down.

I met some leaders who did not have an ego to begin with. Their personal history shaped their humbleness, which hasn’t been altered by growing responsibilities. Most leaders though, needed several months of executive coaching. Then, a few needed a psychoanalyst, which is a good thing.

This idea of shrinking a leader’s actions turns our common conceptions about leadership upside down, but it isn’t a new thought. Lao Tzu, the founder of Taoism, wrote in the 6th century B.C. of this type of leadership he called Wu Wei. One transformational business leader Jean-François Zobrist described Wu Wei thus: “To act without acting is a laissez-faire that does not mean doing nothing, but means creating conditions in which things happen by themselves.”

Yet, the idea that effective leadership could mean getting out of the way — going fishing instead of dealing with pressing business issues — still feels paradoxical. It feels like anti-leadership, and so we ignore it as an alternative.

Bob Davids is among those whose actions and track record exemplifies this radically different leadership concept. He is not some superhuman leader. Such leaders, despite occasional successes, make their organisations permanently fragile — at the mercy of their departure or some surprise. Davids’ achievements have come thanks to being a very human leader, who refrained from acting when others might have found it irresistible.

Here are just five edited excerpts from more than one hundred hours of recorded interviews with Davids.

1. “Management is controlling the things you can. There are only three things that you can control in business: time, money, and quality. Note that there is no mention of people. You can’t control people, you can only lead people.”

3. “As a CEO you should not want to be loved or even liked, but if you can’t earn the respect of every single person, you should quit. As leader, you are a failure.”

4. “Authority is not leadership. You can be the owner, chairman, or even CEO and not be a leader. Conversely, a supervisor or foreman can be a leader. It’s not authority that makes a leader, it’s whether people want to follow.”

5. “You’re in trouble with the CEO when he thinks that money is more important than people. If the people, environment, culture, and morale are correct, you have the opportunity to make money. If you focus on money, the lack of morale, the lack of culture will bring you down as a leader. The people in the organisation will find a way to get you out. They will.”

Isaac Getz is professor at ESCP Europe business school and co-author with B. Davids & B. Carney of “Leadership without Ego” (Palgrave MacMillan, 2019).